A Diverse and Accomplished Teenager 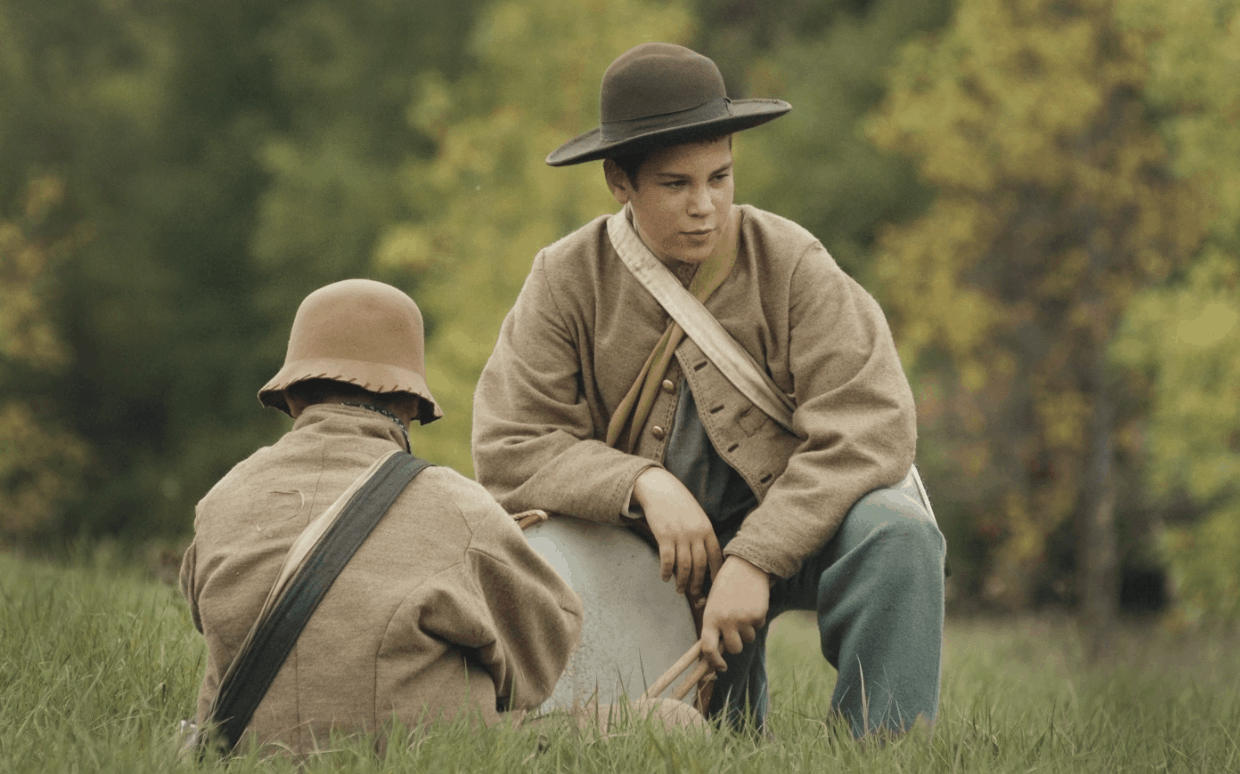 Our students have a wide variety of interests, and the freedom to pursue them to mastery. Below is a an excerpt from one of our family’s year-end report, focusing on the accomplishments and life-learning of 16 year old Kitt.

Kitt has had an amazing year for prizes. First, he completed his eagle scout rank, after going to the board of review (interview). Soon afterwards, he attended a week-long National Youth Leadership Training for scouts, where he was selected as one of the excellent scouts who were requested to serve as future staff. His eagle court of honor ceremony was held, after a bit of planning, too. Kitt has also been on 4-5 campouts this year, including rock climbing at Joshua Tree National Park. Doing most of the work himself, he has built a trebuchet and a teepee out of a tarp.

Next, he competed for his 7 year in 4H shooting sports. Although he didn’t achieve his best score in archery, he aced the shotgun with a record 5 out of 5 score. He even hit all 3 practice shots, to bring it to 8 out of 8 shots. That got him the Grand Champion in Shotgun award, as well as winning the high point shooter for the entire club for the season. Kitt has his own bow and target and practices at home as often as he can (when there are no neighbors in residence). He is extremely conscientious about safety rules and proper technique. He even gave a few tips to the adult archery instructor at 4H.

At county fair, Kitt won 4 Grand Champion prizes. His oil painting of a farmhouse won him Grand Champion in Fine Arts, while his Turkish ebru painting of a tulip garnered Reserve Grand Champion. His copper twisted necklace with blue beads won Grand Champion in Arts & Crafts, and his larger leather Viking belt bag (made without a kit or pattern) won Grand Champion in Leathercraft (other projects). On top of all that, Kitt won Grand Champion for Home Economics, sweeping the prize for the while building for his senior age class. Wow! All total, Kitt got $120 in prize money. He had entered one painting in Fine Arts open class, but that only received a blue ribbon and outstanding. As for the interview section of the fair, Kitt got purple ribbons (outstanding) for all three interviews. They noted how knowledgeable he seemed and confident. His appearance had improved over last year, but the only negative room for improvement was noted that he needs to iron his white dress shirt. Kitt put a lot of time and effort into all the pieces that he made for Fair, including meeting with a special mentor in Leathercraft. He was amazed at the skill of his new mentor and learned a lot from him. Also, his Leathercraft leader was very encouraging and always ready to lend Kitt tools. Kitt put most of his prize money into his savings account, and I treated him to a few new Leathercraft tools as a reward for his hard work. He is already thinking of what he wants to make for next year.

Kitt has also earned his Congressional Award Bronze medal, which will be handed to him at a ceremony in October, when our Congressman will be in our city. For this award, Kitt counts his fitness hours, personal development and volunteer hours. Besides volunteering with scouts (about 15 hours) and the Jr. Optimist club (about 35 hours), Kitt has a regular volunteer service that he does about once a week at the local historic park. He serves as the historic blacksmith there, making items out of metal and explaining both the process and history to park visitors. This year he has logged about 50 hours, including the Civil War reenactment event and the Gathering of the Gunfighters event at the Yuma Territorial Prison historic park. He absolutely loved the Civil War event and got “drafted” to serve with the artillery during a battle reenactment. He was initiated into the group and hopes to serve with them again next year for the reenactment here in Yuma. In the meantime, he has acquired a pattern for Union Army pants which he wants to make with my help. All of his volunteering as the historical blacksmith is done in his historic clothing portraying the 1870’s in Yuma. Kitt was also invited to and attended the Civil War costume ball held by invitation only after the reenactment in the evening. He learned several historic dances while attending. He also listened to Abraham Lincoln (reenactor) give a talk and later had President Lincoln talk to him individually when he visited the forge. As a volunteer at the park, Kitt was given free tickets and attended a historic talk by a President Teddy Roosevelt reenactor, which he enjoyed a lot.

Kitt has earned a few more scout merit badges and enjoys going to workshops for those. Many of the workshops are STEM related, and I count them as science for Kitt. Among others, he earned this year Nuclear Science (visiting a power plant visitor center), Space Exploration, and Engineering.  He also likes to experiment himself and to take things apart at home to see what is inside them. Kitt was also invited to go for a free private flying lesson with an EAA pilot. He learned a lot from that and hopes to do it again in the Fall. He even wants to learn about building an EAA plane.

As for English, Kitt is still working on Spelling and Composition, but this is never his highest priority. He does vocabulary building without even noticing it and has a rich and varied vocabulary. We have several workshops/ programs that he uses but this is an area he needs to improve.

As founder and president of the college tabletop game club, Kitt hosts game day once a week for 2 hours. That means he has put in over 60 hours in games of strategy and logic. This includes reading complicated instructions and teaching others how to play the games. This is one of his great interests, and he hopes to host even more game clubs next year. He has already spoken to the teen librarian to start there in the Fall as a volunteer hosting a weekly 2-hour game day. Kitt also tried out new games with other people and chooses new ones to buy for himself and the game club.

Kitt also loves to travel and enjoys historical places. He often visits Viking villages and museums in Sweden. Last year he even volunteered at a Viking village for a couple of days. I believe he may do that again this summer. He gave an hour long presentation for a college class about Vikings this year.

If Kitt had to choose a subject to study in college, he would probably choose archeology or history. He likes the experiential archeology that they employ in Sweden. Last summer Kitt visited Istanbul, Turkey and Helsinki, Finland, besides our home in Sweden and neighboring Denmark. We also geocache when we travel or go for a walk.