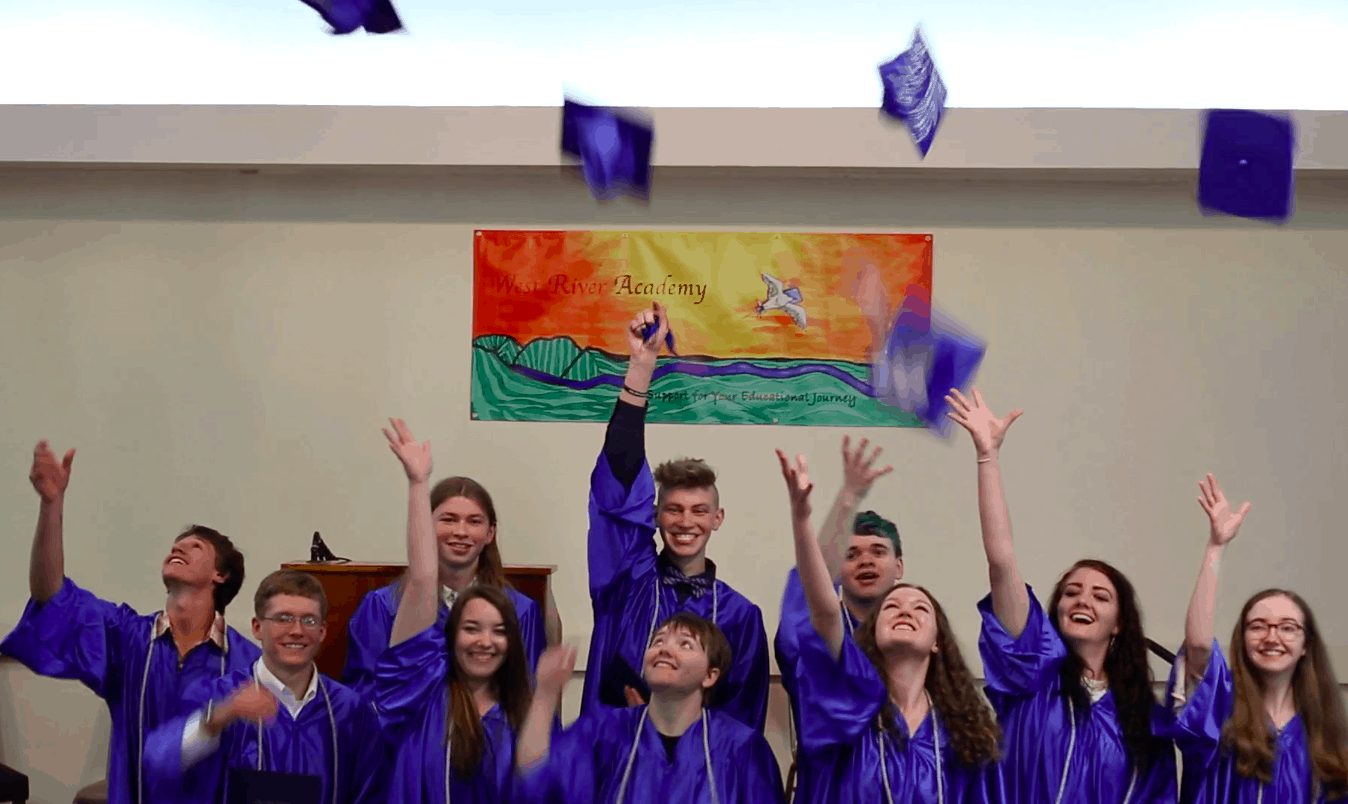 We are pleased to release our new “Welcome to West River Academy” introductory video! This quick three-minute video shares who we are, what we provide, and what we can do for you. It features footage from our May 2017 graduation ceremony, a parent testimonial, and our Director, Peggy Webb, describing how she learned about homeschooling and began West River Academy.

As Peggy says, “We all want the same thing, which is helping your child(ren) to find their passions and interests, and develop those.”

Congratulations to Our Class of 2017! 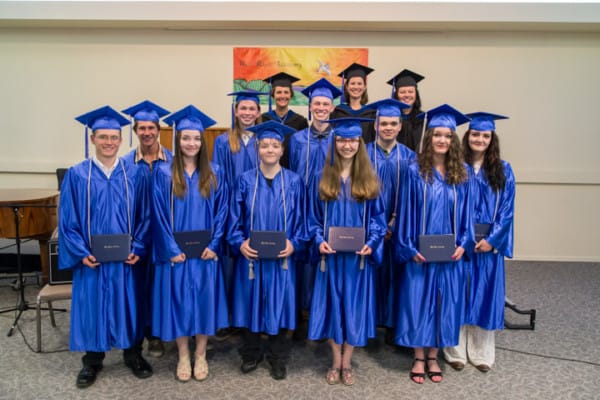 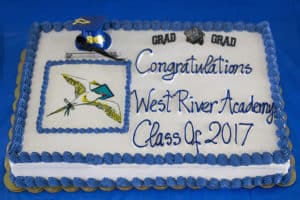 We are thrilled to introduce you to our Class of 2017 Graduates! We had 85 graduates from around the world, and 10 of them chose to participate in our Graduation Ceremony in Colorado Springs, CO on May 20, 2017! 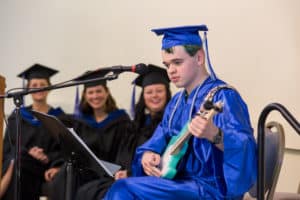 Our Graduation Ceremonies are unique, because they feature the individual talents of the graduates, and the diplomas are presented by the parents. Rather than having one valedictorian speak for the entire class, our intimate ceremony allows each student the opportunity to share their unique passion. 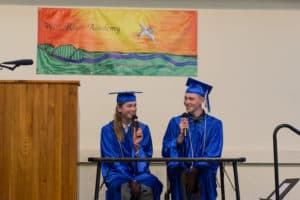 This year, our graduates did presentations that included a violin and guitar performance, videos about world travels and competitive skiing, a monologue about homeschooling experiences, an art display board, and a live podcast demonstration! 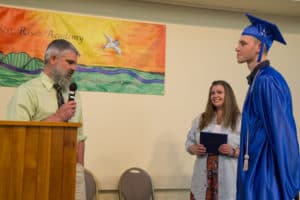 The parents of each graduate spoke movingly to them about how proud they were of them, and acknowledged the individual journey and work that had been put into earning their High School Diploma. Many eyes were moist as we witnessed the love and pride on the faces of the parents and graduates, and heard the quiver in their voice as they spoke of the long road to this day. 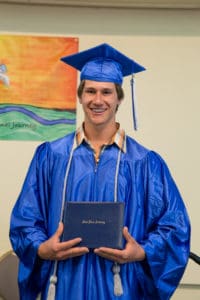 The graduates are continuing on in directions as unique as each one of them: college, work, professional podcasting, traveling, and athletic careers are a few of the paths that are being taken. We are so proud of them, and grateful for the opportunity to support them and their families in their educational journey.

Who Benefits from Standardized Testing? 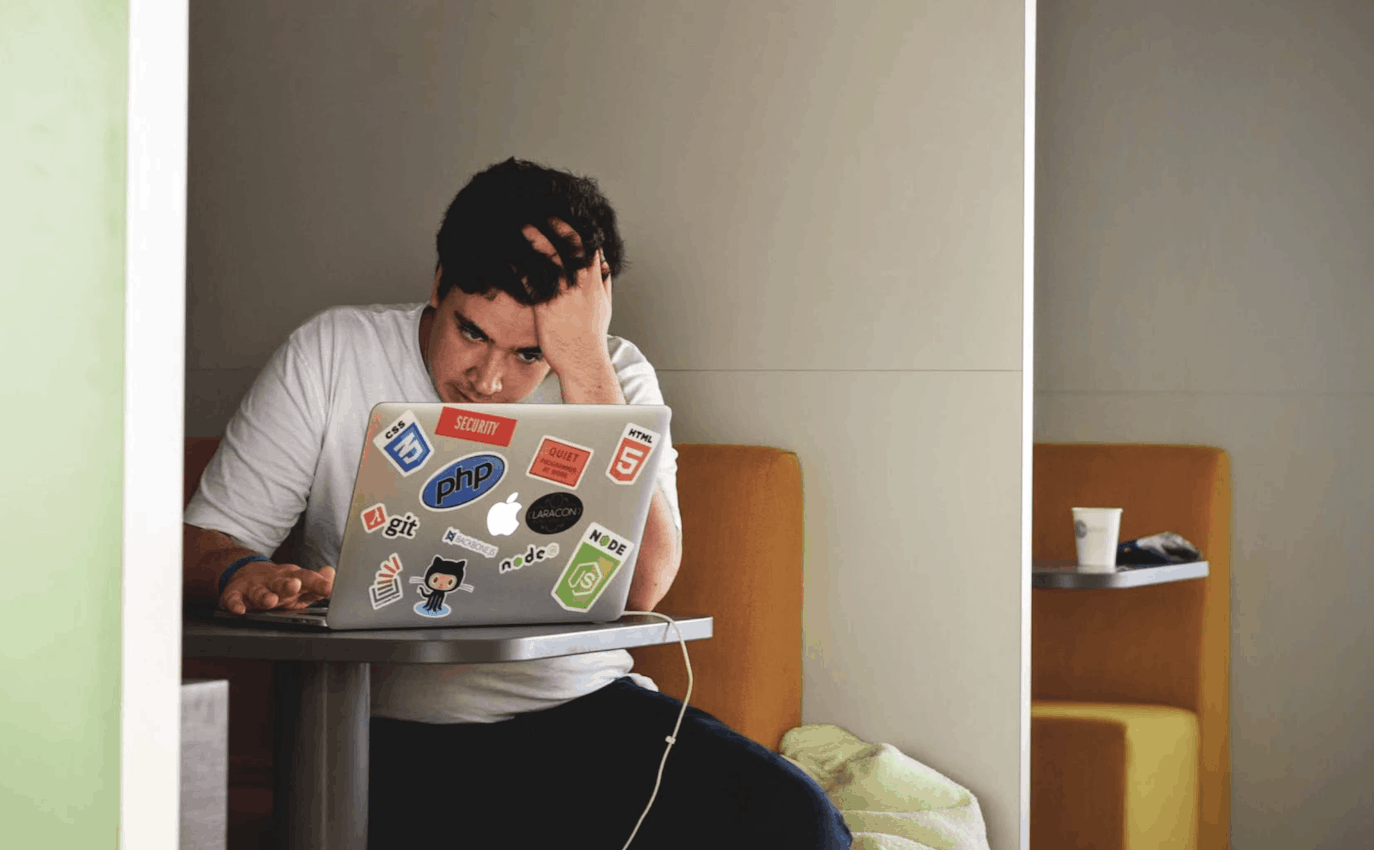 In the past month, night and day, all I have been doing is preparing for my California High School Proficiency Exam, or C.H.S.P.E. for short. If you know anything about me, and my way of thinking, you know that I think standardized testing is completely ridiculous. Spending hours upon hours, memorizing complex formulas to be tested on, only to go home and forget them, and if in anytime in my life I just so happened to need this particular formula, I google it. Now as I was trying to rationalize standardize testing this past week, I fell down a rabbit hole and found out some things I had no idea about, which just proves the validity of my opinion on these tests even further.

I do believe there should be a way to track underperforming schools, and their major racial disparities, in the quality of education children receive. President George W. Bush also thought that, and on his third day of Presidency installed the “No Child Left Behind Act.” This program was designed to be data driven and involve testing children every single year in order to identify and fix failing schools, which sounded like a terrific idea. But, the act almost tripled the amount of required tests from six to seventeen.

Today in America, students are taking between ten to twenty standardized tests, depending on their grade. That equates to a total average of 113 different tests by graduation, which is an absurd number. The rates at which students are protesting some of these tests is also an absurd number. For example, In May of 2015 an entire class of juniors in Seattle, boycotted the Common Core Smarter Balance Test. Teachers from a school in North Carolina told CNN, that about 20% of their third graders cry when it comes to the standardized tests and that there is actually an official instruction pamphlet on what to do if a student vomits on his or her test. Am I the only one who thinks that if there are legitimate official instructions on what to do if a child throws up on their desk, due to an an overwhelming sense of anxiety, maybe we should try something different? Based on our world standing these tactics don’t seem to be propelling us to the top in education. In 1999, America placed in twenty-eighth place in a group of forty nations who took the International Math and Science Test.

By the time President Barack Obama was in presidency, he noticed that the tactics we are using aren’t working correctly for optimal results. He took his own education initiatives, and started a program none as “Rack to the Top.” Rack to the Top encouraged states to adopt the common core. While he had good intentions, there are a lot of things terribly ignorant about this program.

One of these things, which sounds like a good idea if done fairly, is the pay rate of the teachers based on a student’s test scores. While I believe this could be done correctly, in a way that just holds teachers accountable who are lacking accountability, but the implementation of this is completely out of line. One of the approaches used is called the “value-added analysis”, where you pay teachers based on certain test scores. If a student who ranked in the 60th percentile tests higher at the end of the year, the teacher gets a better rating, and unfortunately if the students receives a lower score at the end of the year, the rate of the teacher’s pay also drops. The problem about this, is that tests are so difficult, it is nearly impossible for the children to pass, and only very few do.

For instance, one teacher in Florida was shocked and suspicious when he found out that only 39 percent of his districts 10th grade class scored an average or above average score in reading on the Florida Comprehensive Assessment Test, also known as the “F.C.A.T.” He decided to ask the school district and legally get the closest thing he could to the F.C.A.T. When he took the assessment it put him, and labeled him under the “poor reader” category. Now the shocking thing about this is the fact that this man has 5 master degrees, has been reelected on the school board 4 times, and teaches 39 graduate courses at six different universities.

With that being said, I think it’s fair enough to say that these tests fail to reflect ability. So my question was, if these standardize tests are poor for the students and the teachers, then who are they benefiting? The simplest answer; companies such as Pearson. Pearson is the largest of these companies, and as of 2012, are 40% of the testing market. That almost triples their nearest competitor, McGraw Hill. Pearson has such an immense amount of influence over American schools. For example, a hypothetical girl could take Pearson tests from Kindergarten through at least eighth grade, test that she studied for by using Pearson curriculum and textbooks, taught by Pearson certified teachers. Pearson is also the provider of the tests taken for learning disabilities, and the G.E.D.

In summary, while there is an argument to be made that there needs to be some sort of test to assist with determining high school graduation, proficiency and college placement, the system as it stands, seems to only benefit Pearson and its competitors, not American students. These companies are so powerful; no one really feels like their voice can be heard to change this disastrous system. In order for things to change everyone who believes that there must be a better solution, has to use their voice. Everyone will say “I’m just one person”, but if hundreds of thousands of people say that, think of the impact they would have if they all came together, and instead said, “this needs to change.”